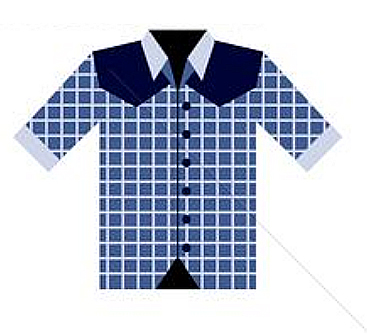 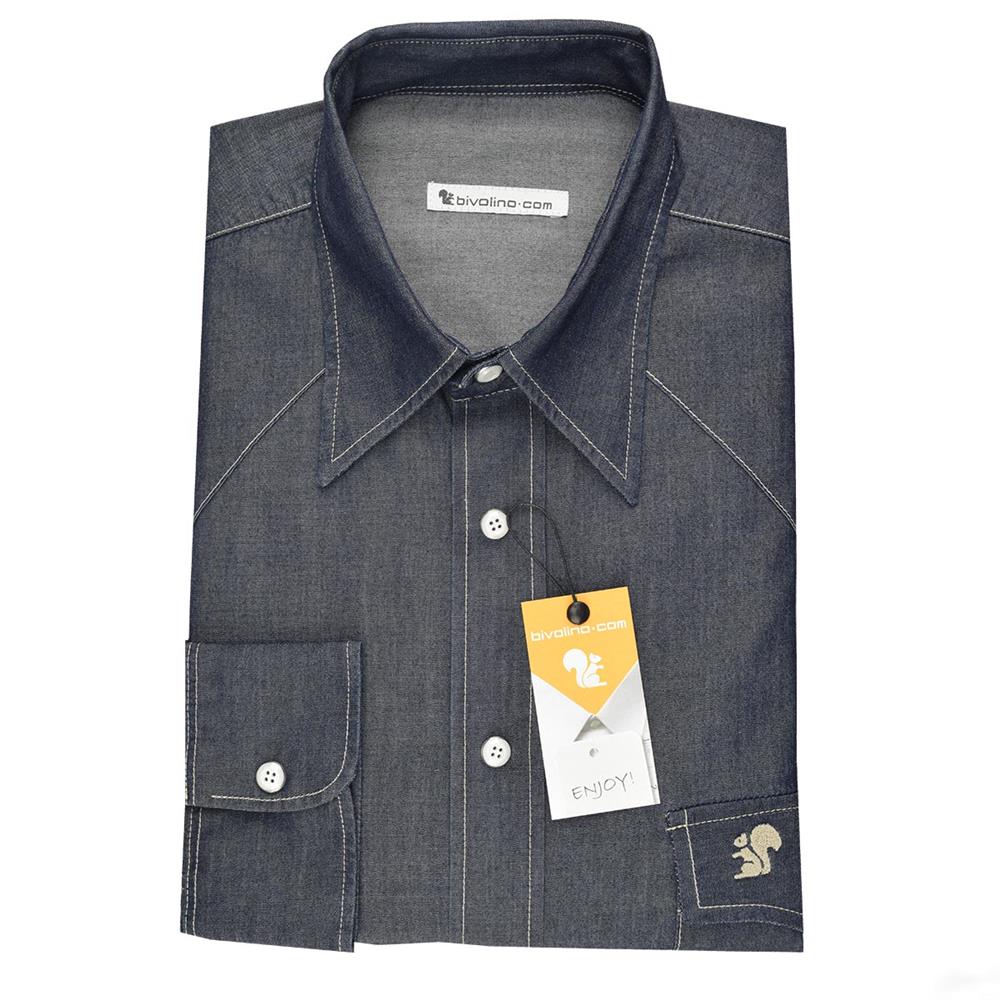 What is a western shirt?

Western wear is a category of men's and women's clothing which derives its unique style from the clothes worn in the 19th-century Wild West. It ranges from accurate historical reproductions of pioneer, mountain man, Civil War, cowboy and vaquero clothing to the stylized garments popularized by singing cowboys such as Gene Autry and Roy Rogers in the 1940s and 1950s. Western wear can be very informal, with a t-shirt and blue jeans forming a basic ensemble, or it may consist of tailored formal garments with western accents. At minimum, western wear generally incorporates a cowboy hat, a leather belt, and cowboy boots.

A Western shirt is a traditional item of Western Wear characterized by a stylized yoke on the front and on the back. It is generally constructed of denim or tartan fabric with long sleeves, and in modern form is sometimes seen with snap pockets, patches made from bandana fabric, and fringe.

A Western dress shirt is often elaborately decorated with piping, embroidered roses and a contrasting yoke. In the 1950s these were frequently worn by movie cowboys like Roy Rogers or Clayton Moore's Lone Ranger. Derived from the elaborate Mexican vaquero costumes like the guayabera and the battleshirts worn by many Confederate soldiers, these were worn at rodeos so the cowboy could be easily identifiable. Buffalo Bill was known to wear them with a buckskin fringe jacket during his Wild West shows and they were fashionable for teenagers in the 1970s and late 2000s.

Another common type of Western shirt is the shield-front shirt worn by many US Cavalry troopers during the American Civil War but originally derived from a red shirt issued to prewar firefighters. The cavalry shirt was made of blue wool with yellow piping and brass buttons and was invented by the flamboyant George Armstrong Custer.In recent times this shield-front shirt was popularised by John Wayne in Fort Apache and was also worn by rockabilly musicians like the Stray Cats.